The People Of Bluemont

Bluemont’s history has been shaped by many unique and fascinating people.

The stories they tell and the difficulties they faced make each one an important part of our heritage. These are only a few of those that shaped Bluemont. We will continue to add stories as time goes on. 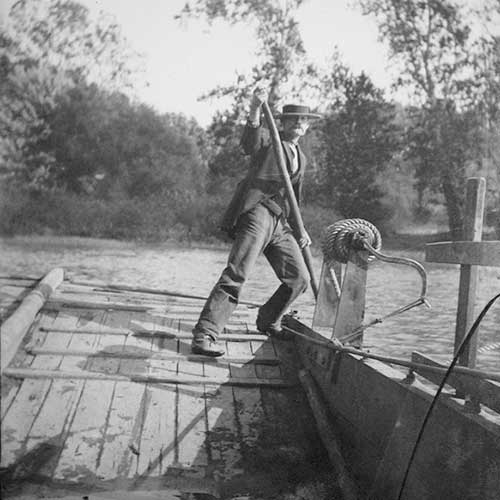 Edward Snickers purchased 624 acres of this tract in 1769. Snickers operated the Shenandoah Ferry at the Gap and kept a tavern on the river. First referred to in early legal documents as a “yeoman,” by 1772 Snickers was called a “gentleman.” At various times Snickers hauled goods and produce for sale, operated a tavern, was a builder and overseer of roads, ran a ferry, and was owner of a merchant mill, a blacksmith shop, a grist mill, and a sawmill. He made his fortune, however, by buying and selling land. He married Elizabeth Taliaferro about 1755 and they had four children.

George Washington rode through the Gap, that mainstay of the Bluemont landscape, on trips to survey land in the Shenandoah Valley. Washington knew Edward Snickers. At least 7 diary entries mention Snickers and several business letters between them survive.

In 1777 Edward Snickers sold his 624 acres on the east side of the Blue Ridge to Richard Wistar of Philadelphia. In 1769 Richard’s son Dr. Caspar Wistar sold it to William Clayton, who established a farm on the eastern shoulder of the Blue Ridge just south of the Gap—the site of present-day Bluemont. It was his son Amos Clayton who built the handsome stone manor house, Clayton Hall, which today still graces the corner of Snickersville Turnpike and Clayton Hall Road. 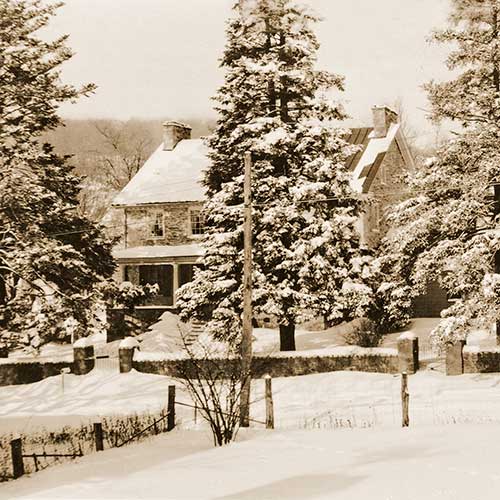 In 1813, William Clayton willed four lots to his children. In 1825 William’s son Amos Clayton donated one-half acre of land for a school, nondenominational church, and village meeting hall–the Snickersville Academy–a log structure that now stands unattended across the turnpike from Clayton Hall. The first postmaster came on board in 1807. 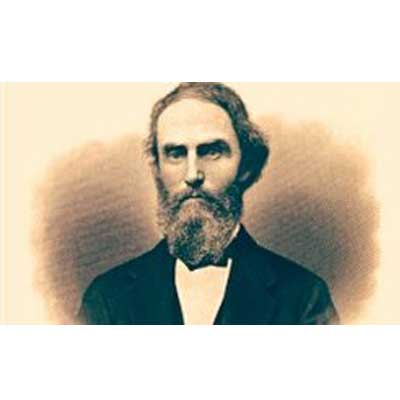 Born near Unison, in 1826 George Plaster graduated from the University of Maryland Medical School in Baltimore in the late 1840’s. He practiced in Unison for a short time and then became victim to Gold Fever in 1849. Accompanied by 11 of his neighbors, they left for California. After a rough and rocky adventure, George returned to Unison to resume his practice. Later he moved to Snickersville treating and attending the sick of the entire community. In 1873, Plaster married Sallie Talifero. In 12 years they had 9 children, one dying before the age of 1 and the others surviving until adulthood. Living at Glenmeade, the family home and location of his office.Plaster’s medical career ended when his 5th child, Henry Garret Plaster’s medical career began. Between father and son, they boosted of a practice that span 100 years.