The Places Of Bluemont

Our village is home to many historic houses and buildings dating back to the early 1800’s. Once known as Snickersville and later Bluemont, it has gone through many changes. The Bluemont Historic District includes 43 buildings, of which 36 are houses, five are commercial structure, a church and a community center.

Bluemont Heritage has been dedicated in the restoration and revival of 3 of the many structures in the Village.  We will be adding more soon. 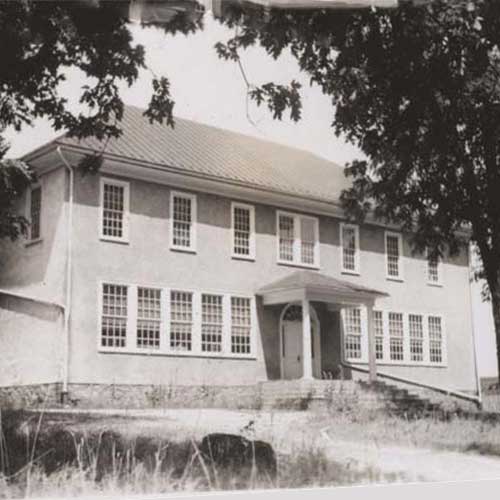 Bluemont Community Center (1921): The building that is now the Bluemont Community Center housed the Bluemont School (1921-1962). It was built through the help of a donation of land and $5,000 from Dr. Rufus Humphrey to the Loudoun County School Board. It became the third school in our Village. Dr. Humphrey did not live long enough to see the new building that was built to his specifications.  His picture hung in the public auditorium where it looked own on the school lunches Christmas plays and square dances for 40 years.  In 1962, it was decided to consolidate Bluemont and Round Hill School leaving the building empty. A scene at a “New England” high school was filmed here for a West Wing TV episode. 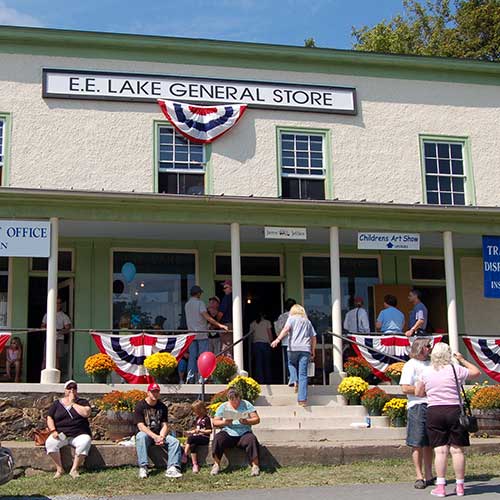 The building now know as the E.E. Lake Store was built between 1901 and 1902 by T.P. and A.J. Simpson.  In 1906, Edward E. Lake purchased the building and operated it until his death in March 1917.  The two story building at the corner of Snickersville Turnpike and Railroad Street has served as a post office, an ice cream parlor, a barbershop and most famously a general store.  A branch of the Loudoun National Bank of Leesburg operated in the store but closed after robbers opened the safe with explosives in 1907. The second floor was long used as a dance hall and meeting space.

The general store stayed open until 1930s, leaving only the post office, which moved across the street in 1945.  In the 1940s, the store opened again, but only stayed open for two years.

Since then, the building has opened only once a year during the Bluemont Fair.  Eventually, the county and citizens association were able to have enough funds to renovate the building. In 2018, the building was reopened as Bluemont’s Welcome Center and the Plaster Museum of Bluemont Heritage.

Beginning in 2019 a farmers market has been held on Sundays from May until October.  The following year the Plaster Museum began hosting an annual exhibition.  Subject matter has included Snickersville and the Civil War (2020), Historic Schools of Bluemont (2021), and Bluemont, our Agricultural Roots (2022).  The museum is open during the farmers market. 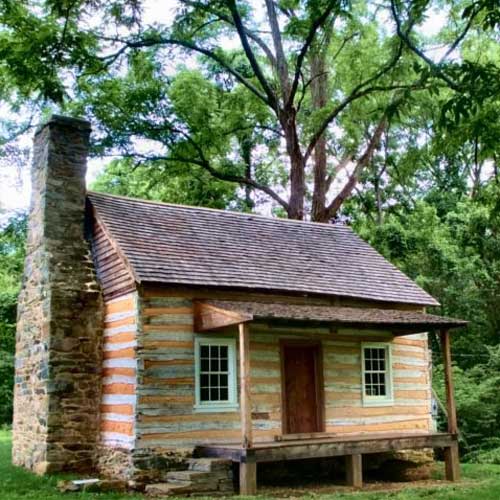 1825   Amos Clayton donated one half acre of land behind the stone tavern, Carrington House, for the school, nondenominational church, and a village meeting hall – The Snickersville Academy.  School tuition was $3.00 per semester.

The Snickersville Academy served the community as a “free church” for 25 years.
Then in 1851, about a decade before the Civil War, a new generation of neighbors built the village’s old stone church (now the Bluemont United Methodist Church).

But all through the Civil War (1861-1865) and afterward, the village’s children kept on coming to this one-room, rural schoolhouse to learn how to read, write, do arithmetic, and understand the wider world.

2010  The Hatcher family sold their mountain farm to Boulder Crest Retreat, they gave the Snickersville Academy and the land on which it sits to Friends of Bluemont.